Xiaomi in an official statement stated that counterfeit Mi India items worth Rs. 33.3 lakh were confiscated; from four suppliers in Chennai and three in Bengaluru.

The raids were conducted in October and November, and according to the firm’s statement, seven persons are currently in custody for selling the allegedly these unauthorized goods. The counterfeit items were sold in the two towns by retailers.

The firm reported in a statement that over 3,000 items consisting of mobile back cases, headphones, power banks, chargers, and earphones have been identified. Moreover, these goods from Xiaomi India worth Rs. 24.9 lakhs from Bengaluru were retrieved, and 8.4 lakhs from Chennai.

The shop owners were arrested for allegedly selling the fake Mi India goods from both the cities. Xiaomi said that it was discovered after questioning that the vendors had run this company for a long time and had sold many illegal merchandises. 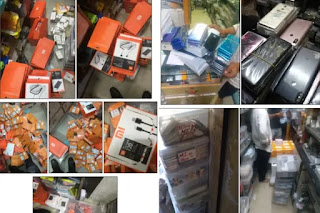 Xiaomi India further claimed in its official statement that it had formed a special task force responsible for monitoring the market constantly and acting against such unauthorized entities and counterfeiters. The company also instructed clients to buy goods from approved brand stores and affiliate outlets and to only access telephone services from authorized service centres and store locations.

Was Apple responsible for the demise of Adobe Flash?

Microsoft seems to design its own SOCs for Surface devices

OnlineSales.ai raises funds round from Ivycap Ventures and others

Scoop Bunch, a Busi-Tech media startup believes in reaching out to people to provide better content about technology, business, and various news sections in a well-described manner.

How to Install µTorrent (uTorrent) on Ubuntu 20.04